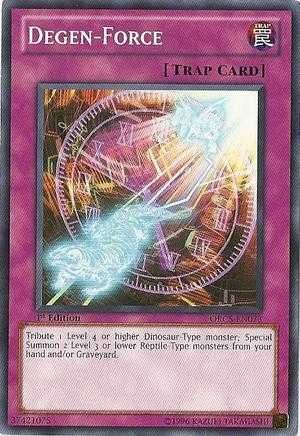 Future Horizon is an original pack in the video game Yu-Gi-Oh! Duel Links. It was first released in-game on December 31, 2019.

Light the spark that ignites the future with
Cyber Dragon and Superheavy Samurai!

Stardust Spark Dragon
A new 'Stardust' Synchro Monster has entered the fray!
Once per turn, you can target a face-up card you control, and once during the turn, the targeted card will not be destroyed by battle or card effects!
This effect can be used during your opponent's turn as well, so protect your face-up cards from your opponent's attacks!
Chimeratech Rampage Dragon
A Fusion Monster that can be Fusion Summoned with 2 or more 'Cyber Dragon' monsters!
When Fusion Summoned, you can destroySpell/Trap Cards on the field up to the number of Fusion Materials you used!
In addition, you can send up to 2 LIGHTMachine-Type monsters from your Deck to the Graveyard, and gain an additional attack for each monster sent to the Graveyard!
Superheavy Samurai Ogre Shutendoji
A Synchro Monster best used in 'Superheavy Samurai' Decks!
It can attack while in face-up Defense Position, and apply its DEF for damage calculation!
In addition, if you Synchro Summon this monster while you have no Spell/Trap Cards in your Graveyard, you can destroy all Spell/Trap Cards your opponent controls!
Dark Magical Circle
A Continuous Spell Card that is the key to victory in 'Dark Magician' Decks!
When activated, you can look at the top 3 cards of your Deck, reveal 1 'Dark Magician' or Spell/Trap Card that specifically lists the card 'Dark Magician' in its text, and add it to your hand!
In addition, when 'Dark Magician' is Summoned, you can banish 1 card your opponent controls!
A total of 90 types of Cards: 9 UR, 11 SR, 28 R, and 42 N.

Each box of Future Horizon contains 180 packs. Each pack contains 3 different cards: 2 of them are individually guaranteed to be Normal (aka Common) or Rare, while the third card is guaranteed to be Rare, Super Rare, or Ultra Rare. There is a guaranteed number of copies of each individual card per box, depending on its rarity: